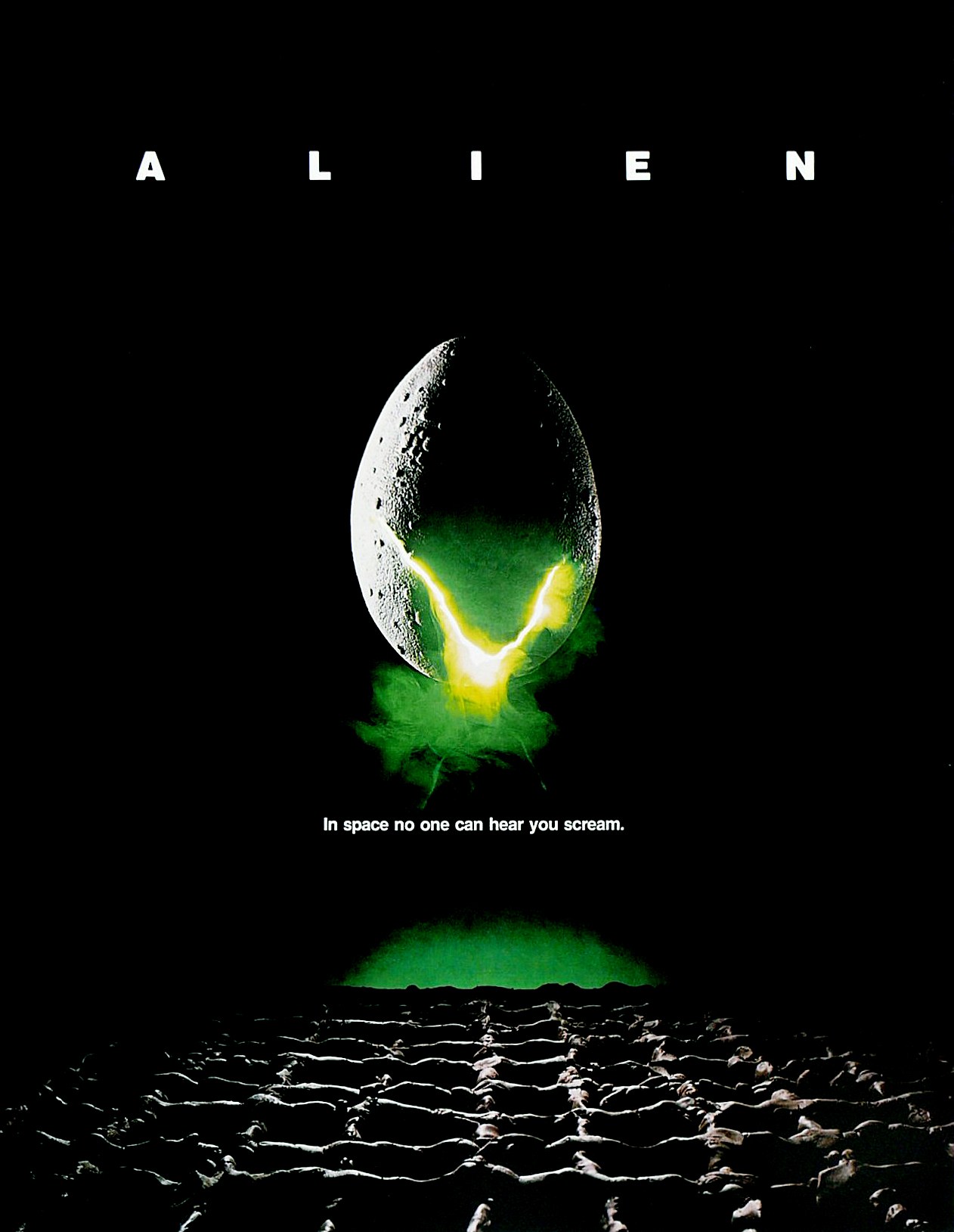 Alien is about a commercial cargo star ship, the Nostromo, and its crew. They are returning to Earth when they pick up a strange transmission from a nearby planet and are forced by law to investigate. One of the members sent to investigate is attacked by a parasite on the planet, putting him into a coma. They return to the ship and leave the planet. Aboard the Nostromo, the team examines the parasite to find it is not possible to remove without killing the man. The parasite seemingly dies and removes itself from the man’s face and he wakes up from the coma. Everything seems to return to normal, but not for long.

Alien is a must see sci-fi movie. I loved this film from the design to the story and the characters. Even things like something as simple as the opening sequence where we are just going through space and the title of the film is slowly being spelled out really drew me into the movie. I loved it already and it was just the opening. Not to mention that Ripley is one of the greatest protagonists of all time. She was awesome and Sigourney Weaver played her very well. The set design was beautiful to me but I think that’s just because I’m a sucker for anything that uses a lot of lights well and they did just that. They also manage to create suspense without jump scares and that is very important to me. This is a great example of a non-slasher horror movie. I can’t wait to watch the sequel.

I’m just gonna jump straight to the face hugger. I never realized how gross that thing actually looked. It’s kind of gross and creepy when it latches onto Kane’s face but when they start to inspect the underside of it after it detaches you really get the close look at how disgusting that thing really looks. Excellent prop design.

Now, I have a few problems with the whole face hugger situation as well. Two to be exact. The fact that they brought Kane back onto the ship with a parasite attached to his face blew my mind, but that one makes sense once it was revealed that Ash was there to make sure they brought back a specimen of said parasite. That may have been unavoidable, but then they were presented with the idea of freezing Kane with the parasite still on his face by Parker. I sat there after he said to freeze him and replied to my TV with “Yeah, just freeze him.” but they did not do so, allowing the Alien baby to emerge.

I can appreciate that they didn’t stop the face hugger because this led directly to the iconic scene that is the chest burster. I love everything about this scene from everyone thinking they were safe and sound after the face hugger died only to have Kane fall ill during dinner and HAVE A DAMN ALIEN POP OUT OF HIS CHEST/STOMACH. Incredible.

The next part I really loved was when Dallas was climbing through the vents in search of the alien. The use of the motion detector really conveyed suspense when you knew that the alien was coming right for him and there was nothing he could do about it even though he was armed with a flamethrower.

I do like that the ending wasn’t super over the top. Ripley escapes the self destruct sequence of the Nostromo and it turns out that the alien also made it to the escape pod. She sits in fear hoping the creature doesn’t attack which comes back to the conveyance of fear that was incredible. She manages to quickly shoot the bastard out into space but he is still attached to the ship. I genuinely thought it was going to somehow make it back in and kill Ripley. She manages to shoot him off into the endless void using the booster and it just worked for me. No crazy fight against something that would clearly tear her to shreds in an instant.